On Monday April 21st the Baltimore Community held its annual Muhammad Messenger of Peace Conference.  This years’ event was held at the newest addition to the Community Colleges of Baltimore County, the CCBC- Owings Mills. The program began with recitation of the Holy Quran by one of Baltimore’s most respected members, the former President, Dr. Amin Baig.  African American convert, Attorney Abdul Latif Bennett then delivered a talk on the Pillars of Islam and the Articles of the Islamic faith.

The highlight of the evening was the keynote address by Imam Hammad Ahmad. Imam Hammad, who has recently completed his “Shaheed Degree” (the equivalent of a Doctorate Degree), spoke on the true message of Islam and rebutted some of the negative stereotypes presented by radicals. He presented compelling arguments that the radicals seen on television are not practicing the true teachings of Islam. This was followed by a lively question and answer session.

The audience enjoyed freshly made samosas and other refreshments in an informal classroom styled setting. At the end of it, some Jamaat members remained behind to interact with each other and several visitors. It was another social/educational gathering by a community which enjoys sharing its message of peace, as much as they enjoy each other’s company. 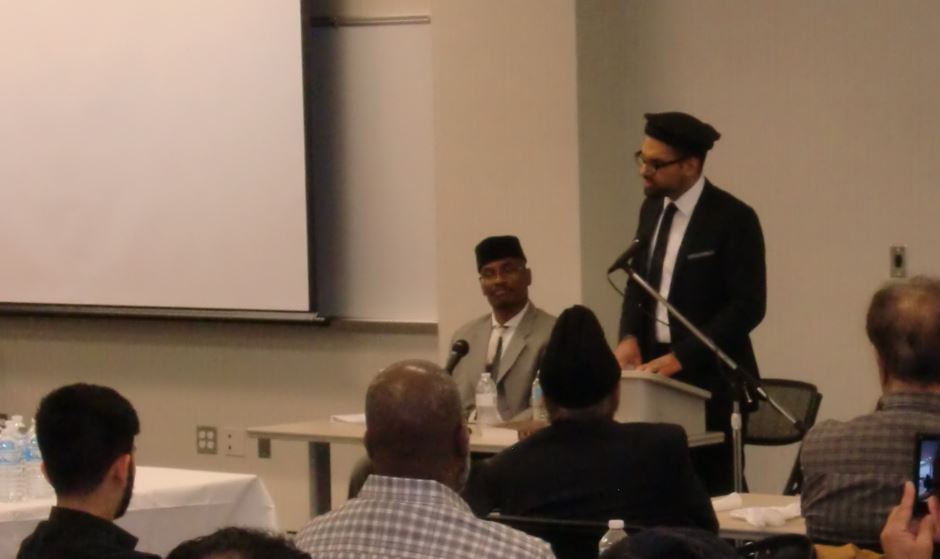